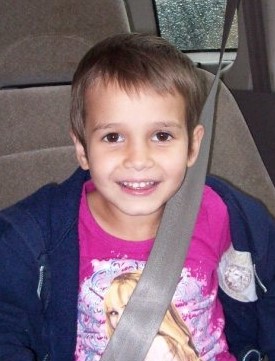 Madison Davis, daughter of NCA teacher Mrs. Davis, started attending Training Depot when she was two years old. At the age of four, she was diagnosed with Rhabdomyosarcoma, cancer of the muscle. She began treatment, responded very well, and was able to start Kindergarten at NCA while in remission.

During Kindergarten, Mrs. Slaughter was her teacher and that is the year Madison accepted Christ. During the first month of Kindergarten, her cancer returned. She fought hard, attended school, church, and even played T-ball during her fight with cancer. She responded very well again and was declared in remission a second time by the end of her Kindergarten year.

She entered her 1st grade year and by the second week of school, she had to battle cancer once again. She stayed in school and continued to fight hard. Madison went to her heavenly home on November 29, 2010. Madison's fight, willingness, attitude, and love for God has left a huge impact on others.

The NCA school board proclaimed that the third Friday of November will be named an annual celebration of Madison Davis Day, supporting cancer research or a specific NCA family in the midst of the fight against cancer.

We are selling Madison Davis t-shirts again, and the proceeds from the shirts will go directly to cancer research in Madison's honor.

Each day of the week leading up to Madison Davis Day, students will have an opportunity to wear something special to raise additional funds for cancer research. Students may either wear the designated color with jeans or any Madison Davis t-shirts from past years for $1. Each color represents a common childhood cancer, and another goal of this week is to raise awareness. Any day that students choose to wear their purchased 2020 Madison Davis shirt, they may do so for free.

We have other special activities planned for the week of Nov 16-Nov 20 with details coming soon!